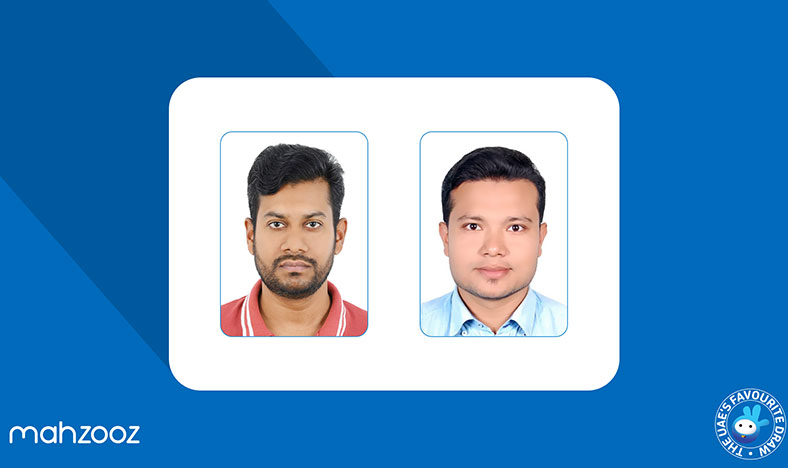 United Arab Emirates, 2 November 2022: On Saturday, October 29, 2022, Mahzooz, the most popular weekly draw in the UAE, welcomed new raffle draw winners as part of its centennial draw, including two expats from Bangladesh.

Mahzooz which has so far created 29 multimillionaires over the past two years, saw in its 100th draw, as many as 38 people sharing the second prize of AED 1,000,000, winning AED 26,316 each after matching four out of five numbers. Beside the other 1,608 winners who earned AED 350 each as the third prize, two expats originally from Bangladesh won AED 100,000 each in the weekly raffle draw.

Mahzooz has experienced a considerable increase in engagement among Bangladeshi expats since the draw’s inception. With close to 3000 winners awarded collectively over AED 4 million, Bangladesh had the fifth-highest participation rate in Mahzooz. As a result, it is not surprising that the two Bangladeshi expats who each won AED 100,000 in the 100th raffle draw will be able to enjoy their enormous win during the India-Bangladesh T20 cricket match.

Shirajul, a 33-year-old Bangladeshi delivery worker who had previously resided briefly in the UAE from 2008 to 2011, relocated from Qatar to Fujairah lately.

"Considering that I have only participated in Mahzooz a total of 10 times, I was shocked to learn that I had won. I lost my job due to the pandemic two years ago, so I was facing a lot of financial constraints. I am sure this windfall will significantly improve my life". Shirajul, who is overjoyed to have won something for the first time in his life, declares, "I'll use this money to travel to Nepal and the Maldives with my family".

Shirajul believes that because there have been many winners, participants’ trust in Mahzooz is increasing day by day. Presenting himself as proof, Shirajul undoubtedly encourages his relatives and friends to take part in the weekly draw.

Rajibul, a 38-year-old mechanical engineer who has been living in the UAE for the past 14 years, had begun to lose hope of winning, as he had participated numerous times in the draw. Until he received the email from Mahzooz informing him of his significant win, he learned the lesson that patience is a virtue. Rajibul immediately logged into his Mahzooz account and saw he was rewarded with AED 100,000. "I've been participating in Mahzooz regularly, and I was starting to lose faith, but I was pleasantly delighted when I received the great news from Mahzooz. My efforts have finally paid off”, he commented.

To participate in Mahzooz, all participants need to do is register at www.mahzooz.ae and purchase a bottle of water for AED 35. Participants are eligible for one-line entry into the Mahzooz grand draw for the top prize of AED 20,000,000 (for a limited period), the second prize of AED 1,000,000, or the third prize of AED 350 for each bottle purchased. They will also be automatically entered into the weekly raffle draw; in which three lucky winners will each receive AED 100,000.