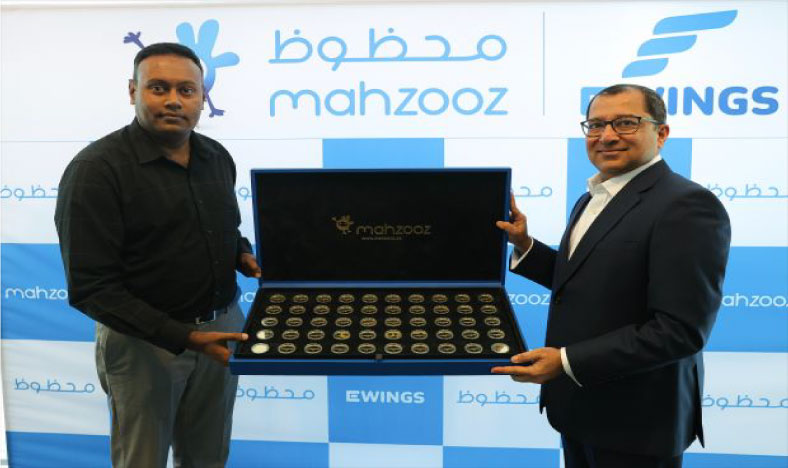 United Arab Emirates, Dubai, 3 August 2022: Mahzooz, the leading UAE weekly draw that has created 25 millionaires since inception, announced the winner of the Golden Summer promotion, who was awarded 1kg of gold at the 87th draw held on July 30th, 2022.

In addition to giving away 1kg of gold, the 87th draw also awarded AED 300,000 in raffle draw prizes, distributed equally among two Indian nationals Vinu, Maniraj and Joanne from the Philippines. The lucky recipient of the Golden Summer promotion is Mohammed, who has been living in the United Arab Emirates for the past five years.

Mohammed, a 42-year-old father of two from Bangalore, who has been working as a Human Resources Administrator in Abu Dhabi since 2017, expressed his joy after learning of his victory by saying, "I was extremely thrilled when I received a call from Mahzooz to tell me that I was the winner of the 1Kg of gold. I initially couldn't believe it, so I called their office to reconfirm. To be honest, I thought I was dreaming up to the point when I received the gold. I am still trying to process the big gain and have not even informed my family members about this win yet. I am confident that this will enable me to support my family back home and secure the future for my two girls. I am grateful to Mahzooz for this win”.

One more participant will be able to win another 1Kg of gold on 3rd September 2022 as the Golden Summer promotion will be running throughout the whole month of August.

All those who participate in the weekly Mahzooz draws in August will be automatically entered into the Golden Summer draw, multiplying their chances to change their lives forever.

Participating in Mahzooz is simple, all the entrants must do is register via www.mahzooz.ae and purchase a bottle of water for AED 35. For each bottle purchased, participants are eligible for a one-line entry into the Mahzooz grand draw and will be automatically entered into the weekly raffle draw where three lucky winners will take home AED 100,000 each. Every bottle of water purchased is channelled through Mahzooz’s community partners to hydrate those in need as part of its continuous CSR mission.