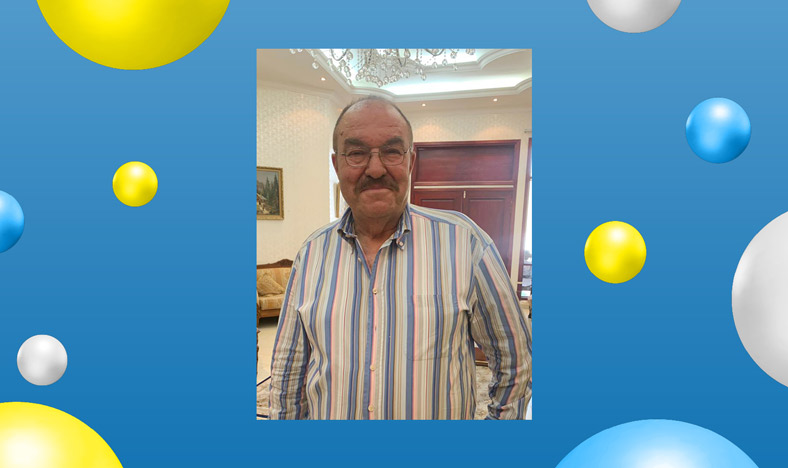 21 April 2021, Dubai, UAE: Dubai resident Bassem hit it big in Saturday’s Mahzooz weekly draw and walked away with AED 1,000,000. The 67-year-old Lebanese expat was the only participant to match five out of six numbers to win the second prize and became Mahzooz’s fifth millionaire of 2021. Bassem has also become the second Lebanese millionaire this year after his fellow citizen Abu Ali grabbed the AED 1,000,000 second prize in the 10th live weekly Mahzooz draw on 31 January.

Bassem has been a long-time Mahzooz participant, originally learning about the draw from a friend.

“I’ve been participating from the very beginning,” said Bassem. “I even have a set routine for how I check my numbers. I wake up, get to my office, have a coffee, and then go to the Mahzooz site to see the numbers.”

This week’s draw proved anything but routine.

“I checked my numbers and was in shock. I was thrilled when I saw that I had won a million dirhams. It’s my first time ever winning.”

Bassem is a businessman and a long-time resident of the UAE where he lives with his wife and three children.

“I came to the UAE in 1976 when I was 21,” said Bassem. “The last year though has been difficult for my company because of the COVID-19 pandemic. Now, with this money, I’ll be able to turn things around.”

With his family and business as clear priorities, Bassem knows exactly what to do with his lucky winnings.

“I have some debts I need to take care of, I will give some money to my children and I will help my brother and sister out with their finances,” said Bassem.

Despite his big win, Bassem has no plans of slowing down.

“I will continue participating and aim to win the 50 million next,” he added. “My wife used to tell me that I’m not lucky, but I have always believed that as long as your name is there, you have a chance to win. If your name is not there, you will never get lucky.”

To date, Mahzooz has made five millionaires and continues to make people’s dreams come true while giving back to the community.

For those who missed out on last week’s live draw, entrants can participate in Mahzooz by registering via www.mahzooz.ae and purchasing Al Emarat bottles of water. Each bottle of water purchased (for AED 35) provides eligibility for one line in the draw and the donation is channelled through Mahzooz’s community partners to hydrate those in need.

The next draw will be held as scheduled on Saturday 24 April 2021 at 9:00pm UAE time. Mahzooz is inclusive to all who are eligible.