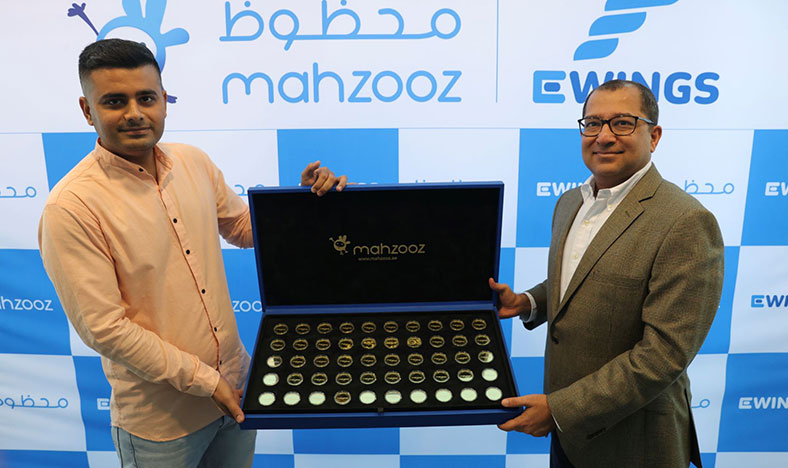 United Arab Emirates, Dubai, 8 September 2022: Mahzooz, the UAE’s favourite and leading weekly draw that has so far created 27 millionaires, celebrates the second lucky winner of 1KG of gold this summer.

As part of a 2-month promotion, Mahzooz conducted the second Golden Summer draw on September 3rd 2022, in conjunction with its 92nd weekly draw.

The winner who struck it lucky, Syed, works as a waiter and has been living in the UAE for four years. He has been participating in Mahzooz every week since being introduced to the draw six months ago.

Hailing from Pakistan, the 28 year old winner couldn’t believe his eyes when he saw his name on the screen, as he was watching the live draw on Saturday 3rd September.

Syed announced his victory to his parents. “At first, they thought I was playing a harmless prank on them, but when I showed them a screenshot of the draw with my name, they became convinced”, says an elated Syed.

This new fortune is indeed a great wedding gift for recently engaged Syed, and he intends to use it wisely to make sound investments for his new family. Syed admits he is overjoyed, "This is the first prize I have ever won in my life, and it is a massive one. I would like to sincerely thank Mahzooz for securing my future in the UAE”. Syed explains that he intends to continue working in his current position while also establishing an additional venture to supplement his income since he will have new responsibilities when he gets married in January next year. "I plan to invest this big win smartly in the UAE for my family", says Syed.

Everyone who took part in the Mahzooz weekly draws in August 2022 were automatically entered into the Golden Summer Draw for a chance to win one kilogram of 22ct gold in addition to the usual prizes of the grand and raffle draws.

Entrants can participate in Mahzooz by registering via www.mahzooz.ae and purchasing a bottle of water for AED 35. Each purchase gives them an entry through one line into the grand draw, another entry into the weekly raffle draw.

Mahzooz is the leading weekly draw in the region that rewards big and changes people’s lives for the better not only through its generous prizes but also through its robust CSR program that has benefited over 8,000 individuals to date.

Every water bottle purchased to enter the draw, is channelled through Mahzooz’s community partners to hydrate those in need.