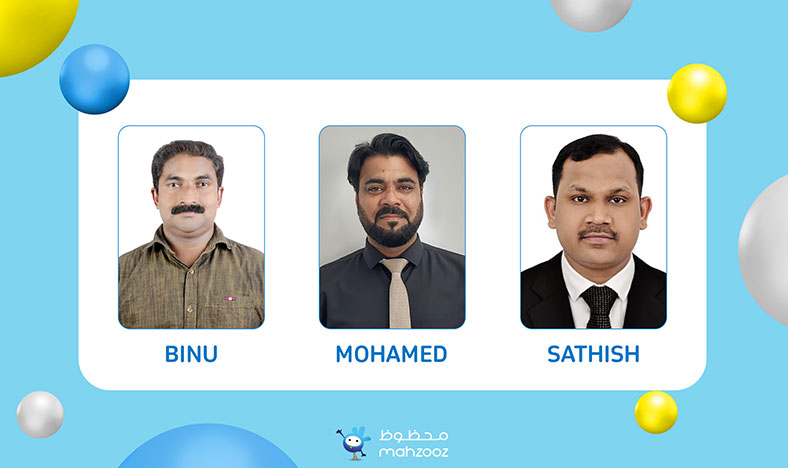 United Arab Emirates, Dubai, 11 August 2022: Mahzooz, the UAE’s leading weekly draw that has created 27 multi-millionaires in a span of two years since inception, has been growing in popularity thanks to its frequent chances of winning and generous prize money given away on a weekly basis. To this date, Mahzooz has given away over AED 260,000,000 to more than 183,000 winners representing 183 countries.

This summer has been phenomenally different for Mahzooz, as in a span of less than two months, 5 lucky participants have won the top prize 2 of which shared the top prize of 10,000,000, in the last 88th draw on Saturday 6 August 2022.

The 88th Mahzooz draw saw many firsts. While the top prize of AED 10,000,000 was shared equally by two winners from India and the Philippines, whose details will soon be announced after the completion of all necessary paperwork and verification process, the second prize of AED 1,000,000 was distributed among 139 winners. Also, for the first time in the history of the weekly draw, 7 Emirati second prize winners have topped the list of 22 Arab winners representing Lebanon, Jordan Syria, Egypt, Oman and Yemen.

The 3 raffle draw winners, who each received AED 100,000, are all from India and intend to improve the fortunes of their families with their big win.

Binu, a 46-year-old father of two who has lived in the UAE for the past 16 years, found out about his win on Sunday when he got a call from EWINGS, managing operator of Mahzooz. Since November 2021, Binu has been taking part in the weekly draw once or twice a month after learning about Mahzooz through his colleagues.

"I do not even know how to express my gratitude and appreciation to Mahzooz for this unexpected prize. This is the first time in my life that I have ever won anything. My colleagues introduced me to Mahzooz, and I'd like to thank them for that” says Binu.

Sathish, a 31-year-old family man who has lived in the UAE for the past 11 years, works as an administrative assistant for a private company. Sathish was shocked to find that he had won when his boss told him about his major victory. Despite his proven luck, Sathish is still unable to believe his winning. “I didn’t expect to be among the raffle winners because I had only played Mahzooz three times since my friend introduced me to it in July 2021”. Sathish also has not decided what to do with his big win as he is still coming to terms with the fact that he won.

Last but not least is Mohamed, a 37-year-old father of two who has been a UAE resident for 12 years. Mohamed learned of his win during the live show on Saturday. Mohamed plans to pay off his financial obligations and save some money for his family in the future. "Having heard about Mahzooz from my friend, I have been participating in the draw very frequently, but I never imagined I would win such a large prize. It will undoubtedly transform my life and I want to thank Mahzooz for this incredible prize,” Mohamed comments.

Mahzooz means ‘lucky’ in Arabic and luck will smile big yet again in August as participants may win one kilogram of gold as part of the Mahzooz Golden Summer Draw, which will be held on Saturday 3rd September 2022. Participating in Mahzooz is simple, all the entrants must do is register via www.mahzooz.ae and purchase a bottle of water for AED 35. For each bottle purchased, participants are eligible for a one-line entry into the Mahzooz grand draw and will be automatically entered into the weekly raffle draw where three lucky winners will take home AED 100,000 each. Every bottle of water purchased is channelled through Mahzooz’s community partners to hydrate those in need.